FREE SHIPPING ON ORDERS OVER $200 USD

A recent article from an industry-leading protection magazine brings SPS Coatings into the spotlight as part of an in-depth look at how graphene nanoplatelets are poised to revolutionize several industries, especially surface protection.

The New Nanotechnology Outperforms Across The Board

The article, published in 2021, begins by detailing that graphene nanoplatelets (GNPs) are “proving to have an outsized impact on the performance of primers, coatings, paints, waxes, and even lubricants”. It further says that graphene nanoplatelets “become a multifunctional additive that can greatly extend coating life and durability; increase chemical, corrosion, oxidation, and abrasion resistance; and even help surfaces readily shed water and dirt.”

So where has this additive been? While single-layer graphene technology first debuted in 2004 when it won a Nobel prize, graphene nanoplatelets were only recently commercialized in the last handful of years.

The article explains how one of the first commercial uses of graphene nanoplatelets is in the automotive detailing industry. When added to products, be it aerosol spray, wax formulations, or liquid, several improvements are noticed: increased gloss, depth of image, improved washability, and surfaces stay cleaner for longer. These benefits increase protection far longer than conventional products.

How Does It Stack Up To Ceramic?

Brett Welzien, founder of SPS Coatings, has been involved in the coatings industry for a long time and had worked with ceramic coatings before becoming the first official company in the U.S. to introduce graphene into the mix in 2018.

“Ceramic coatings, which entered this market in the mid-2000s, form a stronger bond to substrates and offer several years of UV and chemical resistance, self-cleaning surfaces, higher temperature resistance and increased gloss retention. However, their weakness is water spotting and surface stains on paint, which our own testing showed was caused by poor heat transfer. Fast forward to 2015, and research into graphene as an additive began. We were the first company in the U.S. to officially introduce a graphene-additive-based coating for auto detailing in 2018.”

Through further research, Welzien found that they saw an average 50% reduction in water spotting and surface staining versus ceramic coatings, along with more abrasion resistance, thanks in large part to the lower coefficient of friction produced by the single-layer graphene technology.

Currently, SPS Coatings has two graphene products in its arsenal: a Graphene Coating exclusively sold to professional detailers, and a Graphene Detailer that’s available for anyone to use. The Graphene Detailer provides many of the same results as a full coating, including improved shine and slickness up to 6 months, for just $29.99.

Read the full article at PFOnline.com

Extend the life of your coating with basic maintenance and topping up using our Graphene Detailer.

Join the SPS Informer newsletter to get the first look at exciting new products, news on current product updates, heads up on upcoming sales, installation videos and more. 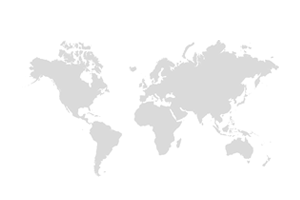